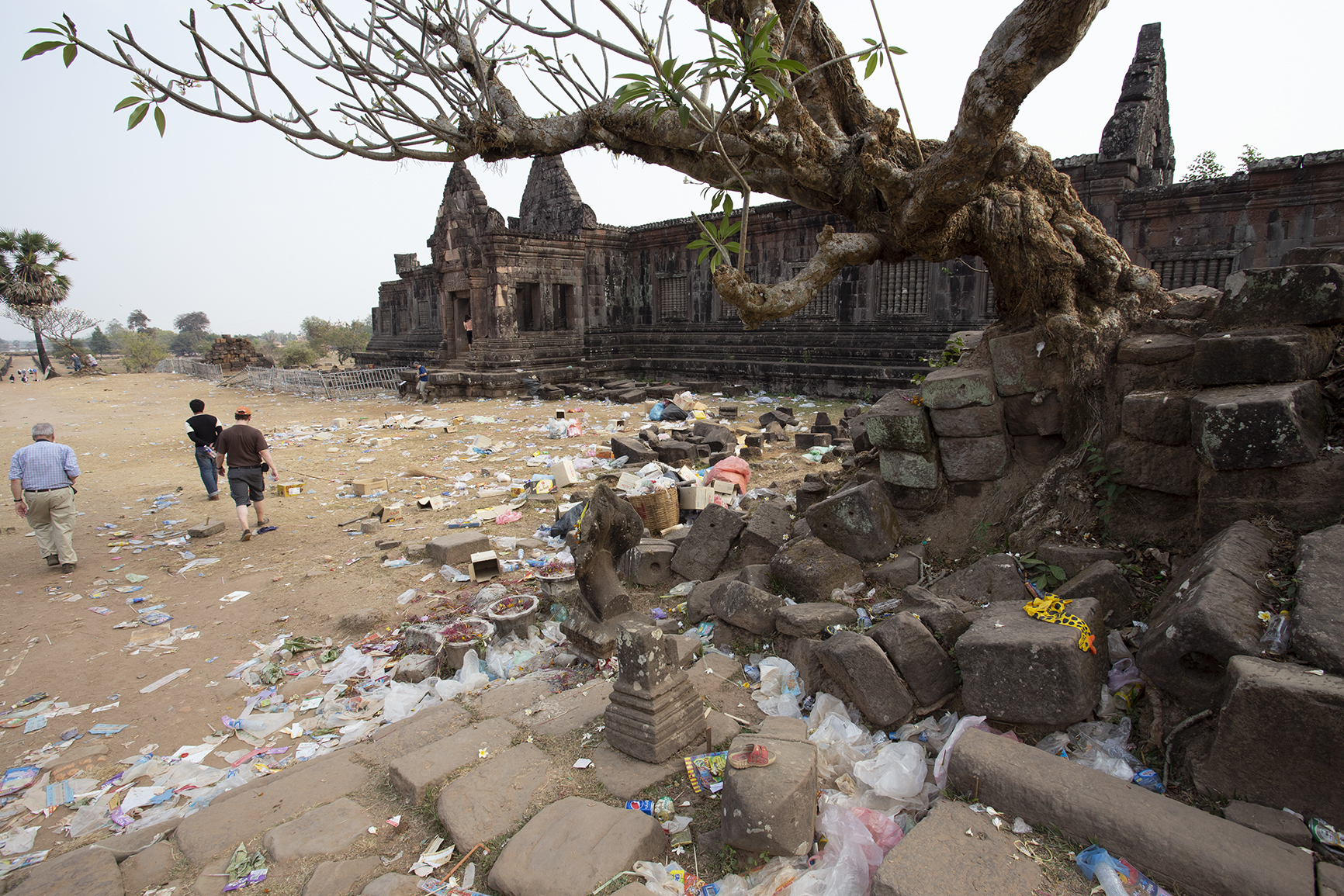 As western travellers we must shoulder our big share of responsibility for the state of the earth. Our airplanes burn too much fuel, our feet wear down many of the beautiful sites we go to see, and we are often so many and so powerful that we totally dominate the lives of the locals. There is one problem however that we as westerners cannot take the blame for, and that is the plastic pollution.

Ten rivers contribute 90 per cent of the plastic that is suffocating the world’s oceans. Eight of them are in Asia. All these rivers are long waterways flowing thru highly populated areas in countries dominated by poverty, corruption, lack of education and very little functioning infrastructure. 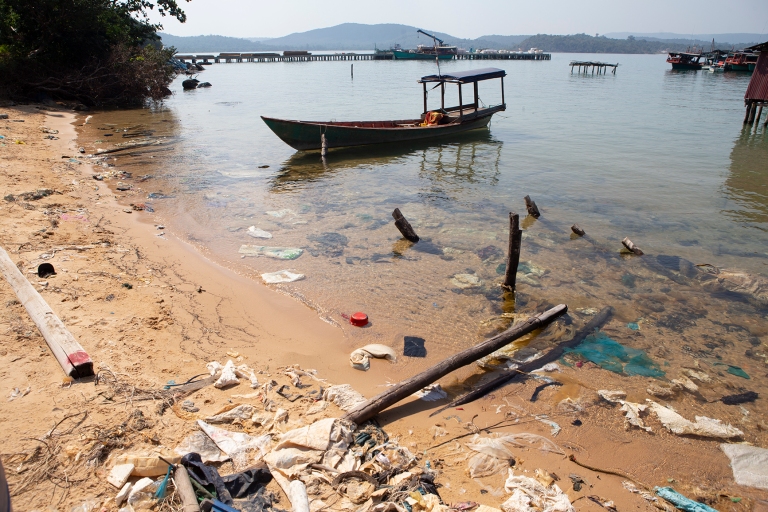 One of these rivers, The Mekong, we have travelled up and down several times. It flows from China into Laos, Cambodia and Vietnam. Cambodia, from what we have seen, is the worst example. The landscape is beautiful, people are nice and helpful, but the country is mismanaged to the extreme. Corruption eats up resources that should be spent on developing a sustainable society, and one of the most visible signs of just that is the ever-present not so fantastic plastic.

We have come to love Koh Rong, the south coast Cambodian island where we have spent two long spells in 2016 and in 2020. At the same time we have come to detest Sihanoukville, the city we need to pass thru in order to catch the ferry to our white beach paradise. 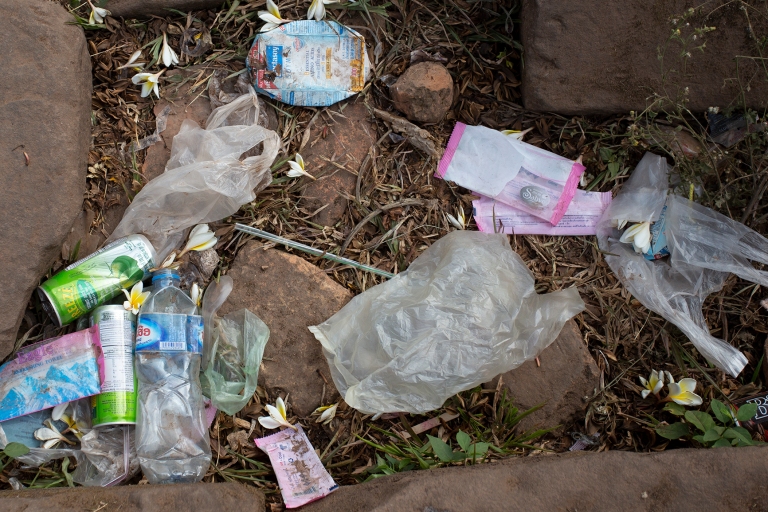 Sihanoukville was not the most charming of places in 2016 either. The streets were dusty and dirty, the boats and buses never ran on time, and the plastic covered the fields, the ditches and the pavements. Mumbling amongst ourselves, trying not to insult the locals by talking too loud, we started naming it Shithouseville.

Could it get any worse? Yes, it could!  Four years later Shithouseville has gone from being a shithole to looking like a war zone. Streets that used to have holes now have craters. The fields that used to be filled with garbage are now filled with concrete as well as garbage. Building sites covered literally every single yard of the 8 kilometers of beachfront road from the commercial port to the local boat jetty, a stretch we had to travel several times during our two short stays in town. 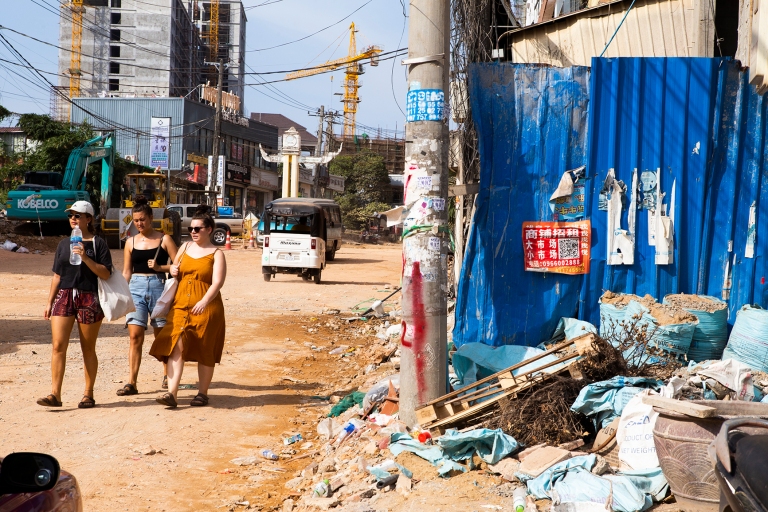 Unfinished concrete pillars and walls point in all directions. The plastic is there of course – bottles, bags and foil and more bags, alongside heaps of dirty planks, open fiber sacks leaking cement, flattened beer cans and stacks of rusty iron bars, all in a landscape shaped from mountains of gravel and loose rock. Leaking water pipes create rivers and ponds of water and mud. Even Main Street, as we finally enter town, is dug up. What used to be a street of hotels and businesses, functioning if not necessarily charming, is now yet another moonscape of broken asphalt, deep holes, open sewage and loose cobblestone. The electricity cables are gone with the rest of what used to be, there are no street lights and no ATM money machines, the latter create a good bit of a problem for the average traveller. The only place in town where we can get cash is a 10-minute kidney-shaking tuk tuk ride away. 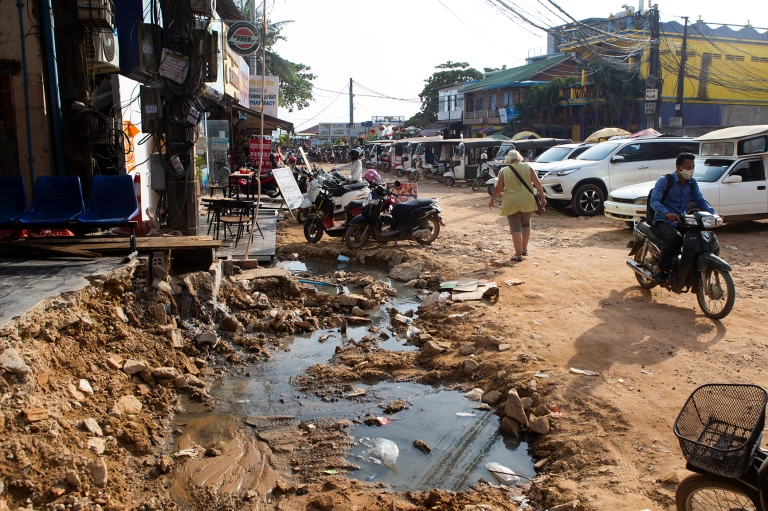 The reason for this activity is an invasion from rich Chinese entrepreneurs, having decided that Sihanoukville is a great place for setting up businesses in order to get money – both clean and dirty – out of the home country. This is a story of money laundering, land grabbing and corrupt local officials, but a bit beside the point when it comes to plastic and pollution. Still, it is an example of a country that allows itself to be totally overrun by foreigners, governed by officials who have no interest in creating a society that serves neither the local people nor the local environment. 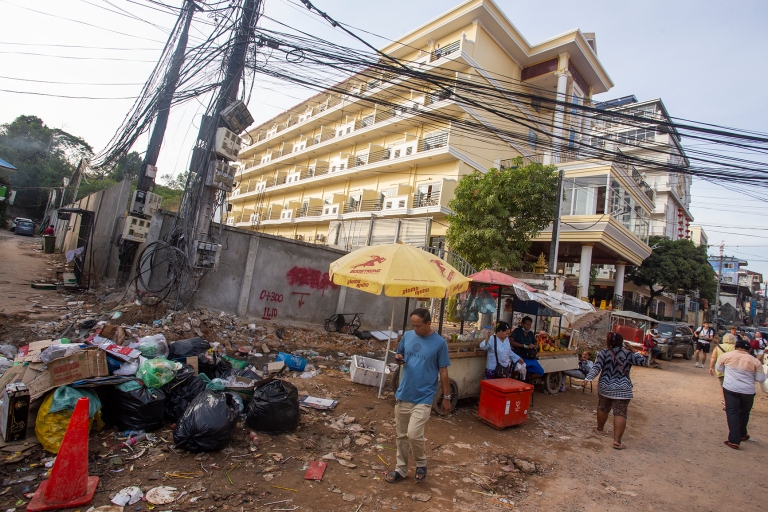 On an individual level, people try to live their daily life the best they can. As for the garbage, many do their best to not see the problem. You can understand the large numbers of poor and uneducated who simply do not know where the plastic bag they throw out of their kitchen ends up, but it is harder to understand those who do know, but who still refuse to act. We approached a business owner we had gotten to know a bit, asking why he could not work with his closest neighbors cleaning up his part of the street at least. 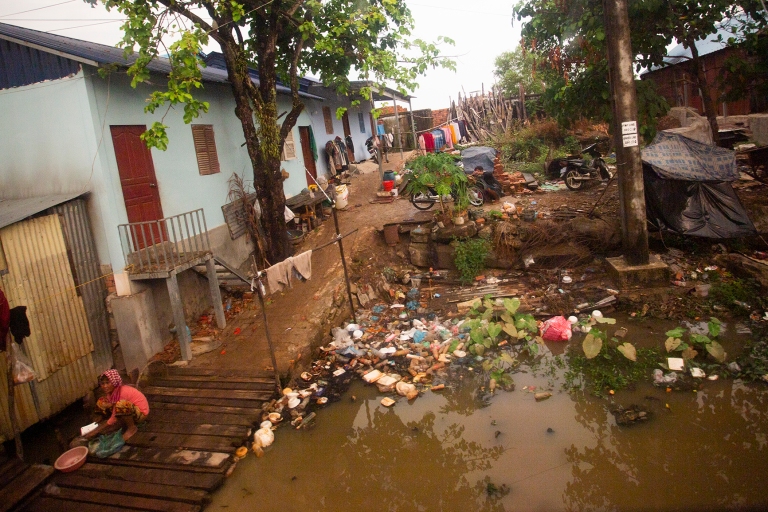 – Why should I spend money and time doing something when nobody else does, he replied?

– Why would you not, we answered? There are several shops on this block. Pay a bit each. Your part of the street will look better.

– How do I know they will pay their part? My neighbors do not want me here; they want my shop gone so that they can take my costumers. They will laugh at me and leave me with the bills to pay and I will look like a fool. I will end up paying for nothing and nothing will get any better!

– …you will get a more attractive street, you might all get more customers..?

– I have my customers. I can make a living with what I earn here, but I cannot make a living if I throw money into paying for something that nobody else pays for. Why would I do that? 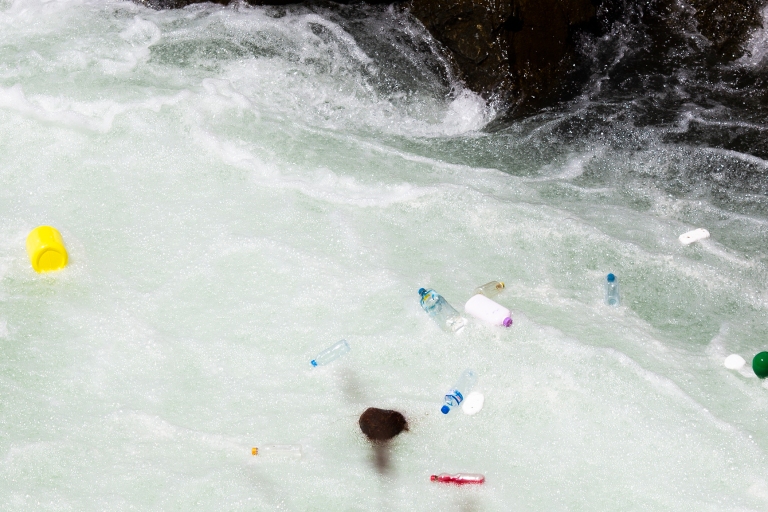 In Northern Europe we have something very valuable. We have societies where we still trust each other. We pay our taxes because we believe that the money will be spent for the common good. A corrupt state takes away that trust, and that creates a society where nobody does nothing. Nobody wants to pay their taxes; nobody wants to do anything beyond what they have to.

One result – one of very many – is an ocean filled with the Plastic Fantastic. We have seen rivers of the stuff. We have seen cows wading thru fields ankle deep in shopping bags. We have seen wild monkeys sucking on flashlight-batteries. We have seen ditches, back yards, gardens, beaches, parking lots, harbors, railroad tracks, roads, pavements, sewers, rocks and mountainsides covered in colored ribbons, flying bags and flat bottles. We have seen the plastic fly from the streets to the creeks to the rivers, and later float past our cruise ship on the open ocean.

And none of this will ever get any better as long as the local corrupt officials keep pocketing the money that should have been spent cleaning up Shithouseville.