Seasons have come and gone rather randomly in 2016/17. We had summer in Oman in November, Fall in Italy in December, Winter in Trondheim from December to March, Spring in Spain in February, more spring in Switzerland in April, then summer in London, then full blown winter with a metre of snow in 24 hours as we came back to Switzerland approaching 1st of May.

Volunteering to live in Norway indicates that we are not really that addicted to warm weather. A year spent partly in Asia and on a Pacific cruise, have however shown us the comforts of the Tropics as opposed to the Arctic. We can tolerate snow, frost and the cold winds, but it is not necessarily something we have been missing.

It felt a bit like winter when the our cruise ship arrived in Italy in early December, the contrast from the days we had spent in the Middle East just days before literally sent a chill down our spine. Flying to Norway a few days later, with our immigration papers and the intention to stay there was not really heart-warming either. The frost was there, at least in the offices of immigration as we have described before, even though the snow took a while to really settle.

Winter did arrive, however, when a few weeks later we passed thru Switzerland on our way to Spain, where the hope was to get a couple of weeks of February summer. It did not really turn out like that, large parts of Europe had a rather heavy winter by then, but Alicante in February could at least be classified as spring. Unlike in Trondheim we could have breakfast on the terrace, and our landlord could occasionally do some spring-cleaning in his garden. We did not join in the work, we are lazy out of principle when we have the chance, but at least we took some pictures that he could send his wife in Norway as proof of the fact that at least he was doing something useful.

Back in Trondheim it was a return from a February spring to a March winter, but arriving in our favourite Swiss hideout on Mount Rigi in early April it felt like summer had finally taken over. We spent a couple of days on the terrace overlooking the fascinating Lake of Lucerne surrounded by a green valley showered in sunshine. The Nordic winter could not have been further away. We took a detour to London enjoying blooming trees, green parks and a couple of scrappy second league football matches. The quality of our favourite team did not really keep us warm, but the weather did!

We are now writing this on April 29, back on the Mount Rigi, surrounded by a terrace with almost a meter of snow. Suddenly winter decided it was not beaten yet, it came back with force and totally drowned both our mountain and the valley below it. Our resident squirrel, used by now to feeding on the nuts we put out on the terrace for him to find, had to climb the railing searching for food that was buried way out of his reach. On our way to the village shop heavy trees sent powdered ice drizzling down our necks when we passed underneath, and the mountain railway ran past heaps of snow where it had been passing blooming flowers just two weeks earlier.

Soon we will be back in Norway again, this time to stay for the height of the Nordic summer. Only heaven knows what kind of climate the same heavens will send us then. We are heading for our house in the far north where the weather can be inconsistent, to put it mildly. With some luck, maybe the ice covering the ponds by our barn have melted by the time we arrive. We are not totally confident; there might easily be more random winters to report on, be it May, June, July or August! 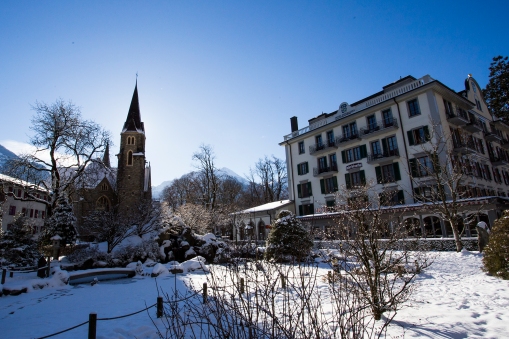 A glimpse of winter in Interlaken, Switzerland, on our way south to Spain.

Our landlord in Alicante has some garden work to do. DHH has some relaxing to do.

Back to Trondheim. The winter we did not get in December came by for a few days in March. 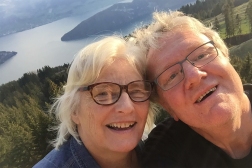 Switzerland and Mount Rigi in Early April was as close to Summer as we had been since November.

ES doing her mandatory knitting on our gorgeous Rigi terrace. 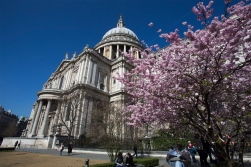 Back to London. Spring is blooming in front of the St Paul’s Cathedral.

Summer in Oxford, or is it just the graveyard soil that makes the scenery green? 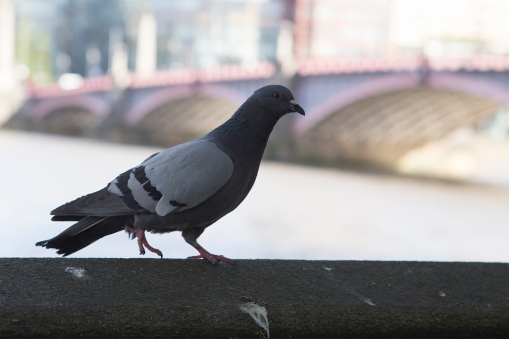 Back to Mount Rigi on the very last April weekend – and bang – there was winter. No more terrace knitting for ES! 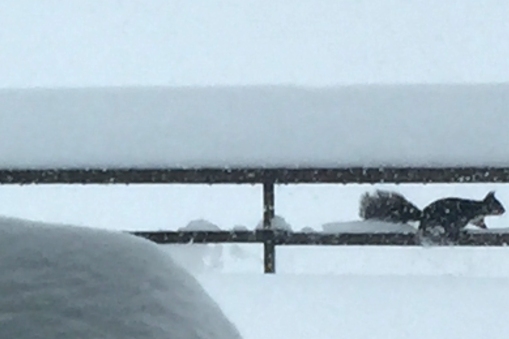 We have a pet squirrel, which we spoil with free nuts. Today there is no way he can get to them!

A Rigi starling – with not much warm weather to celebrate. 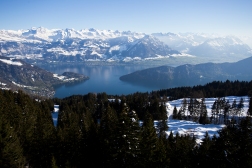 We are on 1400 metres. The lake is 1000 metres below us, and down there the winter is not quite as strong. The scenery however is stunning, no matter the season. 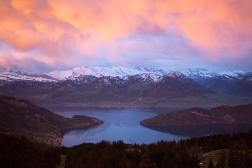 A cold and colourful Rigi sunrise on May 5, as we head back to Norway for yet another springtime!