El Gallo del Cielo is a Tom Russell song. Gallo is also the main beer brand of Guatemala, and one of DHH’s favorites. And Guatemala is one of several places we have had a chance to visit so far on our cruise.

Our good ship Costa Luminosa will eventually take us all the way around the world. So far we have done about one third. After leaving Savona, Italy, in early September, we have had brief encounters with France, Spain, St Lucia, Grenada, Aruba, Panama, Costa Rica, Guatemala and Mexico.

«Brief» is by all means the word here, because the stops are short. Time is counted in hours, and the shore excursions are close to hectic. The most enjoyable stops are actually in the towns we already know. There we can pick and chose between places and experiences knowing how to get only the best. Already having experienced the beauty of the Teide volcano on Tenerife, the colonial streets of Cartagena, Colombia and Antigua, Guatemala and also the smells from the mangroves of Costa Rica, make the short visits we do now so much more enjoyable. But we have also gotten to know new places, like the rather compact St George, Grenada, a very pleasant little town that we would love to come back to at a later stage.

Still, we have had the time to use our eyes and our camera to get a few portraits of the people and the places we have been to, as well as a shot of DHH and his beloved Gallo. Some of results you can see here. 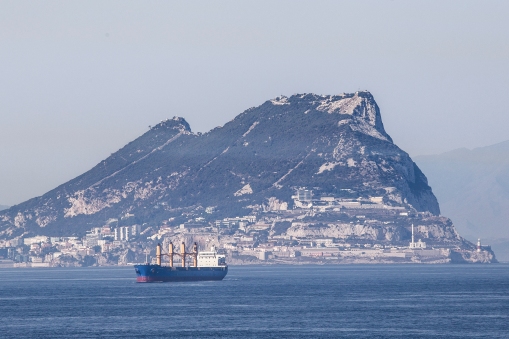 The Rock. We have never been ashore in Gibraltar, but this is the second time we have studied The Rock from a passing ship. 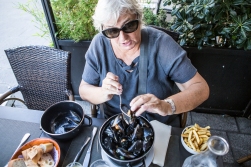 ES enjoying seafood on a street corner in Marseilles. 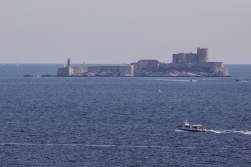 On our way out from Marseilles we got a glimpse of Chatau d’If, the prison home of the Count of Monte Cristo.

For a journalist, it is great to see the newspaper pages built into the streets of Malaga.

For a QPR fan it is also great to see Pablo Picasso, born in Malaga, presented in a blue and white hooped shirt.

The Teide in Tenerife. This picture is from a previous visit. 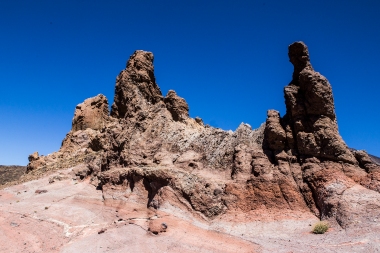 The Teide National Park has posed as both Moon and Mars in various motion pictures, and it is not hard to understand why.

Grenada is one of the world’s main producers of nutmeg. 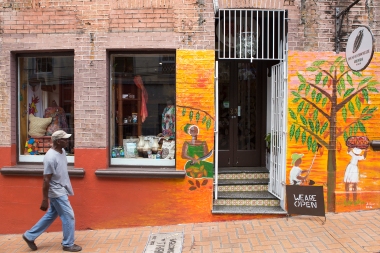 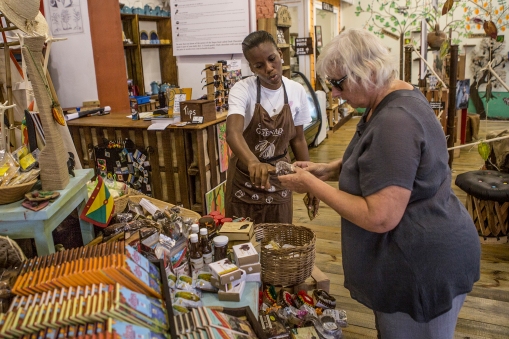 …and ES with the chocolate seller.

Island people are mariners. Maybe this sailor is dreaming about the girl he left behind?

A memorial set up to remember a shipping accident in the harbor of St George. A Costa cruiser cought fire, but thanks to the locals everybody was saved. The red vessel to the right was formally known as the «Melfjord», and sailed as a ferry out of Bodø, Norway. Now she serves a group of islands north of St George. 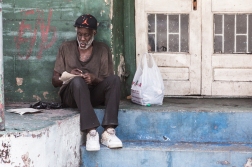 Living on Island Time. Nobody seems to be in a hurry around here. 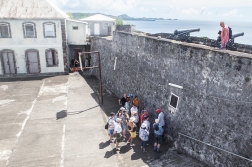 In this old fort, in 1983, Grenada’s prime minister Maurice Bishop was executed against the wall to the right. As a result, the US invaded the country a few days later.

An eyeball witness. Our guide Andy was there when Bishop was captured, and escaped with his life by climbing the walls.

Our ship at anchor in St George, completely dwarfing the little town she is visiting.

The «Costa Luminosa» ready to leave. To the left, the former «Melfjord» does one of her less glamorous ocean ventures. 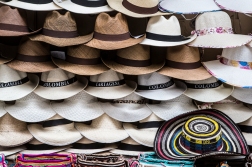 Pablo Escobar is still some sort of a local celebrity. You can buy t-shirts with him as «El Patron Del Mal», the boss of all bad. He is seen as some sort of a Robin Hood, but he was actually responsible for the death of 3000 people.

No, this is not a fight, just two street sellers having a friendly go at each other.

The fruit sellers, dressed in colorful costumes, expect to get paid for being photographed. They are not amused by the lady to the right, also from our cruise, trying to steal a picture.

…so the picture she gets looks more or less like this… 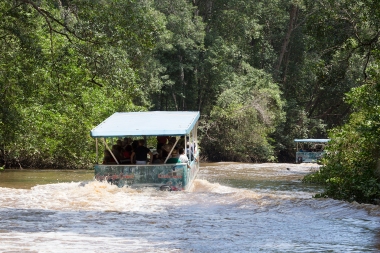 The mangroves of Costa Rica. These areas of mixed salt and fresh water are extremely important nurseries for a lot of animals, those who swim, those who climb and those who fly alike. 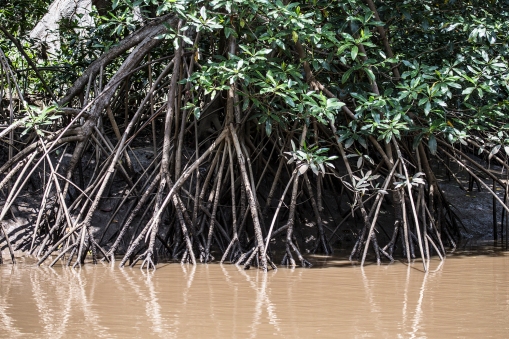 A baby croc on the lookout for enemies.

A raccoon in the tree top. He has total control and hardly bothers to look at us. 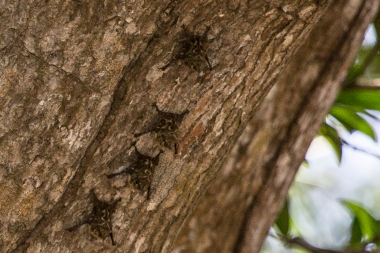 Four sleepy bats in a tree.

Nothing we see can matches Guatemala. Both ES and DHH have been in Antigua numerous times thru the years.

The streets look like they did 250 years ago – with exception of the parked cars. 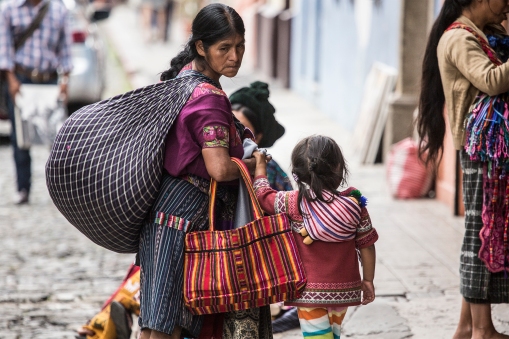 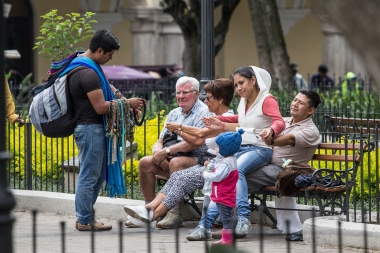 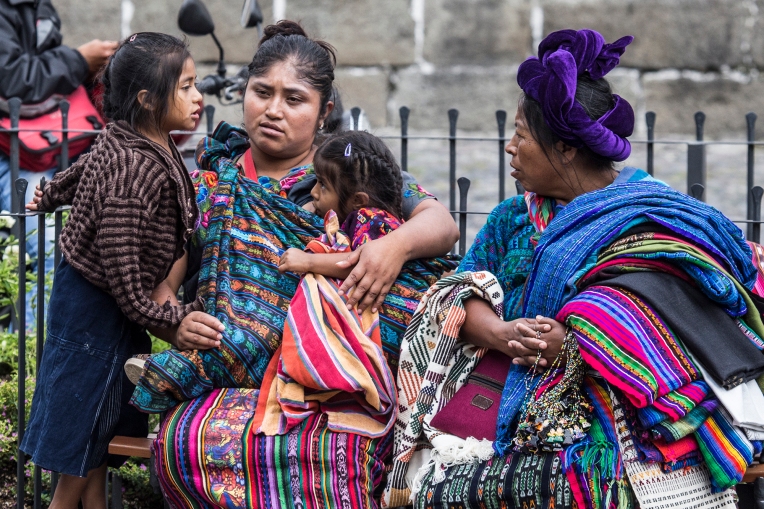 The Maya women selling souvenirs in Antigua Guatemala look as impressive in 2016 as they did when DHH was there first time in 1981.