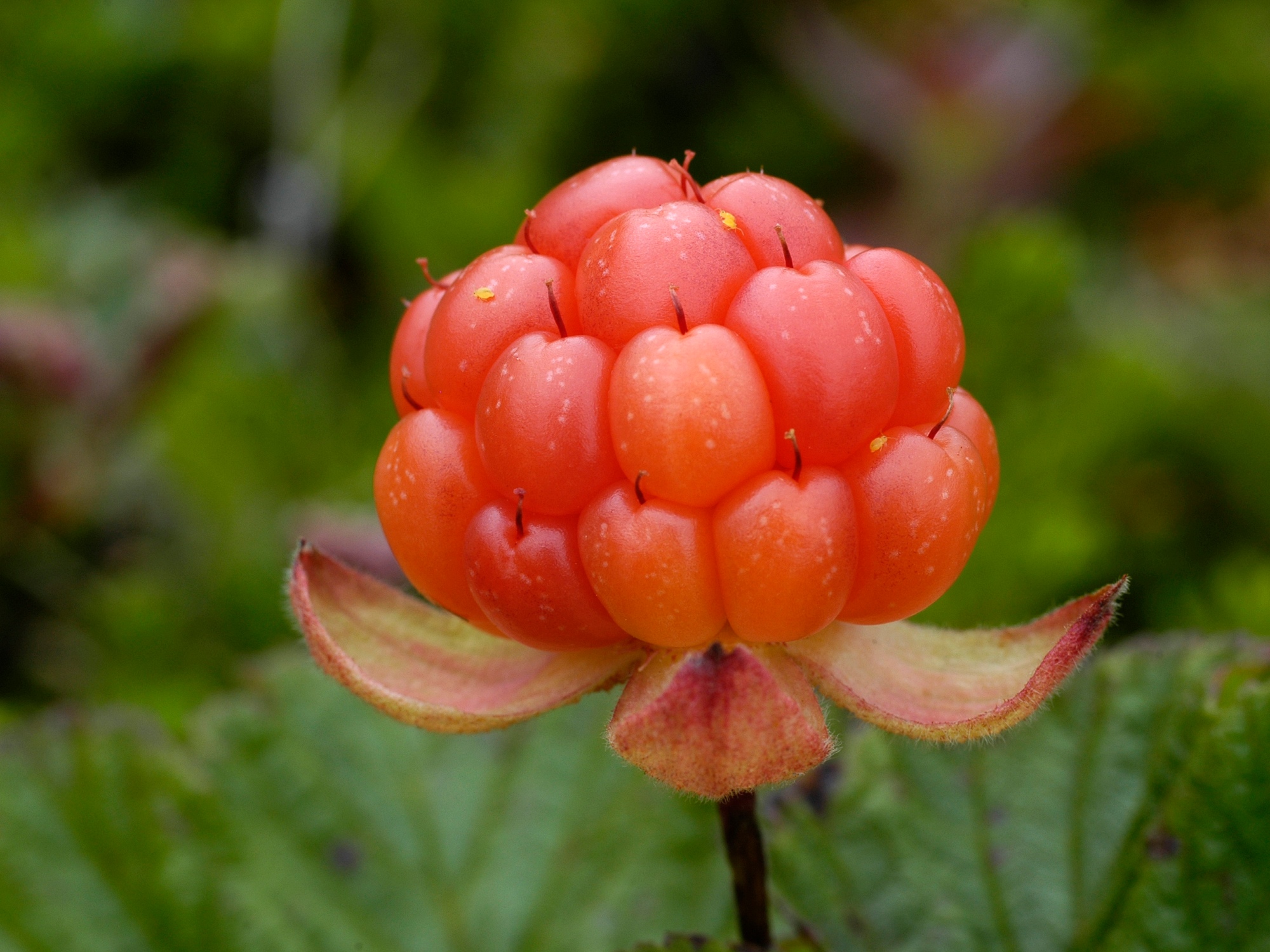 Yes, another song title for a blog post, but it had to be. There is nothing more important on the island of Ingoey than the orange berry, growing on the arctic wetlands. There is an English name (cloud berry) but we prefer to use the local name: multe. At the end of July there will be tons of multe to be picked. The week we visited Ingoey, they were in the status of red flowers. Bad planning.

ES considers this berry the best in the world. And according to our local friend Allan the berries get sweeter the closer to the sea they are growing. Multe refuse to be cultivated, they grow exclusively wild. And the picking is regulated. Don’t try to steal from somebody’s field! It might look deserted, but somebody will claim the field to be his.

Ingoey is one of the most Northern islands in Europe: on 71°. Further North are only Spitzbergen and the North pole. Unlike the berries, the second speciality of this region was in season: the wild salmon. We ate it as sushi with a light soja sauce, smoked for breakfast and lunch and oven baked for dinner. Caught in the waters arround the island and smoked by a local fisherman. Fantastic taste!

We have to come back to this island. To really see it. Most of the days we spent there it was raining and blowing. Good we travelled with some yearn from New Zealand, so ES could knit a cap. But, what we experienced in the few hours of fair weather makes you want to return: the light of the never ending summer days, the concert of the sea birds, the run of the hare, the absence of modern world.

We will be back. Who cares about Nordkapp, when you can go to Ingoey! 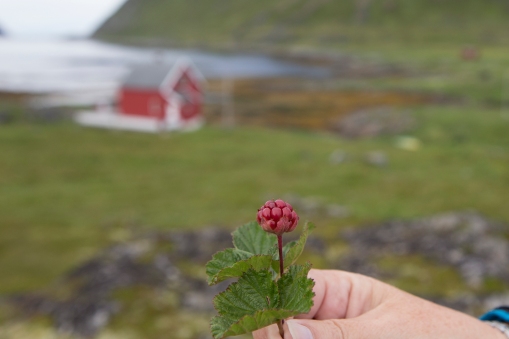 In the background is our temporary home on Ingoey. Multe is growing all arround the house. It is very much unexceptable to pick a berry that is not ripe yet, so we have to ask for forgivnes. However, we needed to do it in order to take this specific picture. 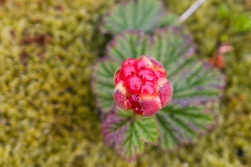 Walking on these arctic land is like walking on a thick carpet.

We got multe in the Ingoey shop. Frozen, from last year. Second best dessert. 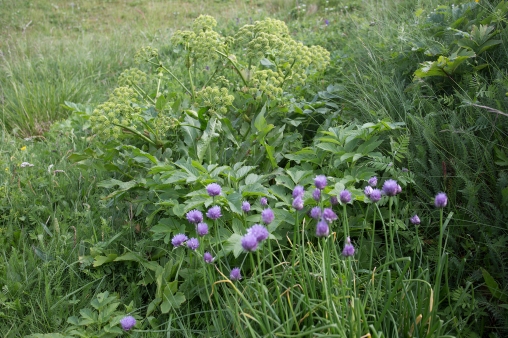 Chives and “kvann” (behind) are two wild local plants to eat. Kvann was even an export article in the past.

Our friend Allan is probably the best ambassador this island has. See his slide show on Youtube:

One thought on “Multeberry fields”