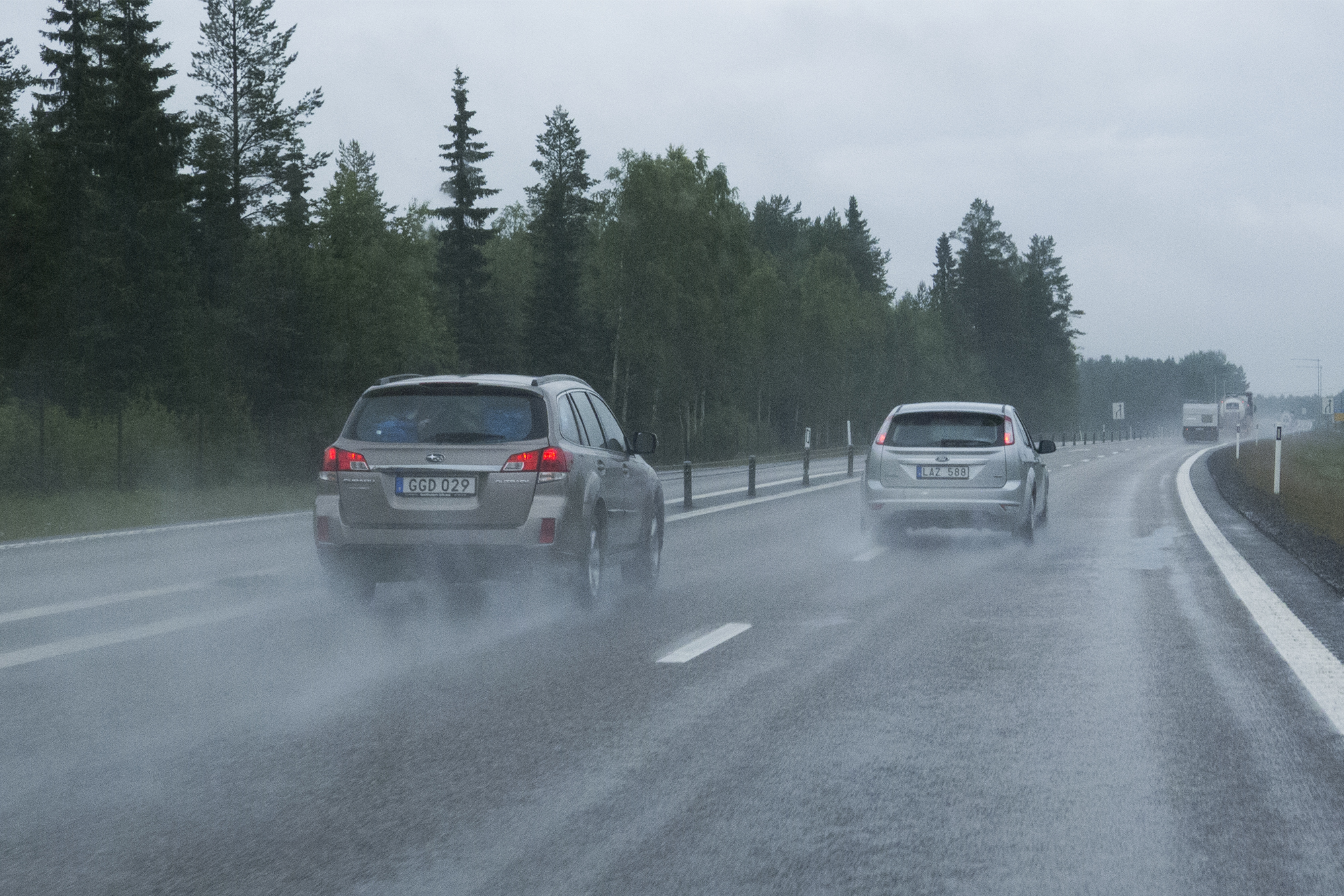 As travelers we often dream of the freedom of movement. In these dreams we float along from one home to the next and from one town to the next. We constantly cross borders between exiting cultures, countries, languages and landscapes. It sure beats work!

This is what we did when we left Switzerland in our car, heading for the ultimate north of Norway. There is a limit to the romance of travel however, when most of the time is spent fighting endless showers of rain on endless hectic motorways.

We spent 9 days driving 3500 kilometers, most of them on roads splattered with flying water. The water from above we can handle, even though it some times felt like our windshield wipers were on the brink of overheating. Worse is the water shooting out from underneath trucks and buses and campers and all sorts of vehicles we get stuck behind. The choice is staying where we are trying to cope with the spray from their back wheels, or trying to overtake at high speeds diving into the showers they send out sideways!

We spent 8 evenings looking for places to stay, the only way to do it when we do not know the roads and the areas. Planning ahead and booking on the net is not really possible when we do not know how far each day can take us. On the first nights in Germany we tried to be economical, turning down a couple of hotels that offered rooms in the 80 Euro bracket. Yes, we found some cheaper ones, but they smelled of dogshit and horsehair and had carpets that had not been vacuumed since the fifties. We ended up paying 140 to get anything at all. That is what you get for trying to play it smart on a late Friday night when you have no clue about the local housing market!

We took the ferry from Rostock towards Trelleborg in Sweden, passing the Warnow Shipyard where DHH spent a good bit of time when the company was Norwegian owned in the 1990ies. We slept sitting by a table in a packed cafeteria after fighting off an angry German who claimed the table was his, he had left his reading glasses next to the ashtray before going to the self service line. We told him to mark the table better next time, to leave something that other people can actually see before they sit down at what looked like a free and empty table.

The ship was old and rusty, but it did float and it did sell cheap boos and beer, and what is all a Scandinavian customer ever wants from an international ferry service. We continued thru Sweden where the roads were not so fast anymore, but the weather just as shitty. But even thru the dark clouds we did realize that the days got a little bit longer. Travelling north in July gives you a little more light day by day, until you find yourself north of the Arctic Circle where the light does not go away at all. The Midnight Sun however, was nowhere to be seen. Neither was, for that matter, The Midday Sun!

After a few nights at randomly selected and totally soaked Swedish camp sites we reached Finland, a country easily recognizable by the fact that the room we got had a sauna instead of a TV. And after one day racing thru the Finnish wilderness we reached the Norwegian wilderness, easily recognizable by the fact that the mosquitos were almost as big as the reindeers. We tried an outdoor lunch by an idyllic looking river, but ended up eating our food walking around trying to sidestep the little monsters that settled all over our hair, skin, sandwiches and clothing.

After nine days on the road we had had our share of the shifting cultures, countries, languages and landscapes. We told ourselves that yes, maybe the freedom of the road beats work, but this kind of travel sometimes come uncomfortably close. We had to get up in the morning, we had to do our duties behind the wheel for hours on end and we had to organize dinner late in the evening.

There was a reward however, because the light at the end of the tunnel was a friend’s seaside cabin on one of Europe’s most remote arctic islands. Living up there, as we will tell you in our next entry, sure as heck beats work!

Lining up for the «Tom Sawyer», a rusty old ferry that serves as a shuttle between Germany and Sweden.

Trying to save money we declined some reasonably priced hotel rooms in search for the cheap bargain. We ended up with a great room for the night, but it totally blew our budget for the day. 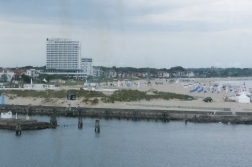 One of the few things about work that beats being a traveller, is that when your employer paid the hotel bill you can chose from the upper end. One such place that DHH used to frequent was the Neptun Hotel in Warnemunde, seen here towering above the landscape outside the ferry cafeteria window. 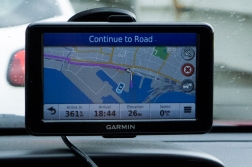 Our Navi did not know what to make of the situation when the ferry arrived at the harbor in Trelleborg. Her best advice was that we better start looking for a road. We never would have thought of that ourselves, of course!

A gray night at a soaked Swedish camping.

he inside of the same cabin. With an upstairs bedroom and a downstairs living room it was rather spacious, and a bargain at 60 dollars. 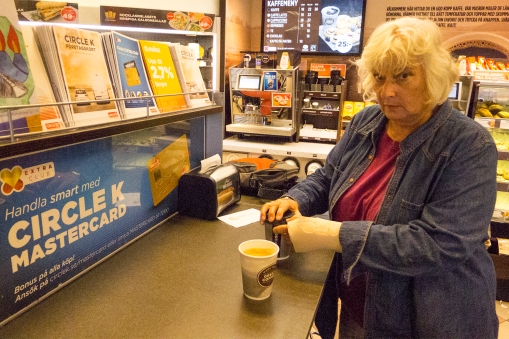 One of very many coffee stops along our 3500 kilometers of road. 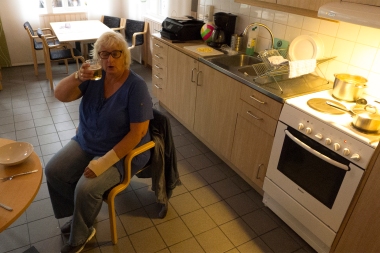 Another Swedish campsite, this time with a shared kitchen – and a shared big tv to watch Wales beating Belgium.

Somewhere in Sweden our Navi found us a «shortcut» thru an overgrown and narrow dirt road full of holes. We had no idea where the machine wanted to take us, and we decided not to find out. We ended up concluding that technology some times is too smart for its own good.

f your hotel room is made totally out of timber and has a sauna where the bathroom should have been, then you probably are in Finland.

Our second sunny day was the day we arrived in Norway. We spent some three minutes sitting by this beautiful roadside table before the local wildlife attacked us and chased us away.

The local wildlife in this neck of the woods consisted of either reindeers or mosquitos. This picture shows the former, in case you wonder. They are roughly the same size.

Our Navi got in to lots of situations that she had not been in before. When she needs to look 202 kilometers ahead in her search for the next crossroads, then she knows that she is not in Switzerland anymore.

We are almost there! We used the good weather as an excuse for a roadside selfie. The next day, when we actually got to our destination, the outside use of electronic camera equipment was less recommendable.