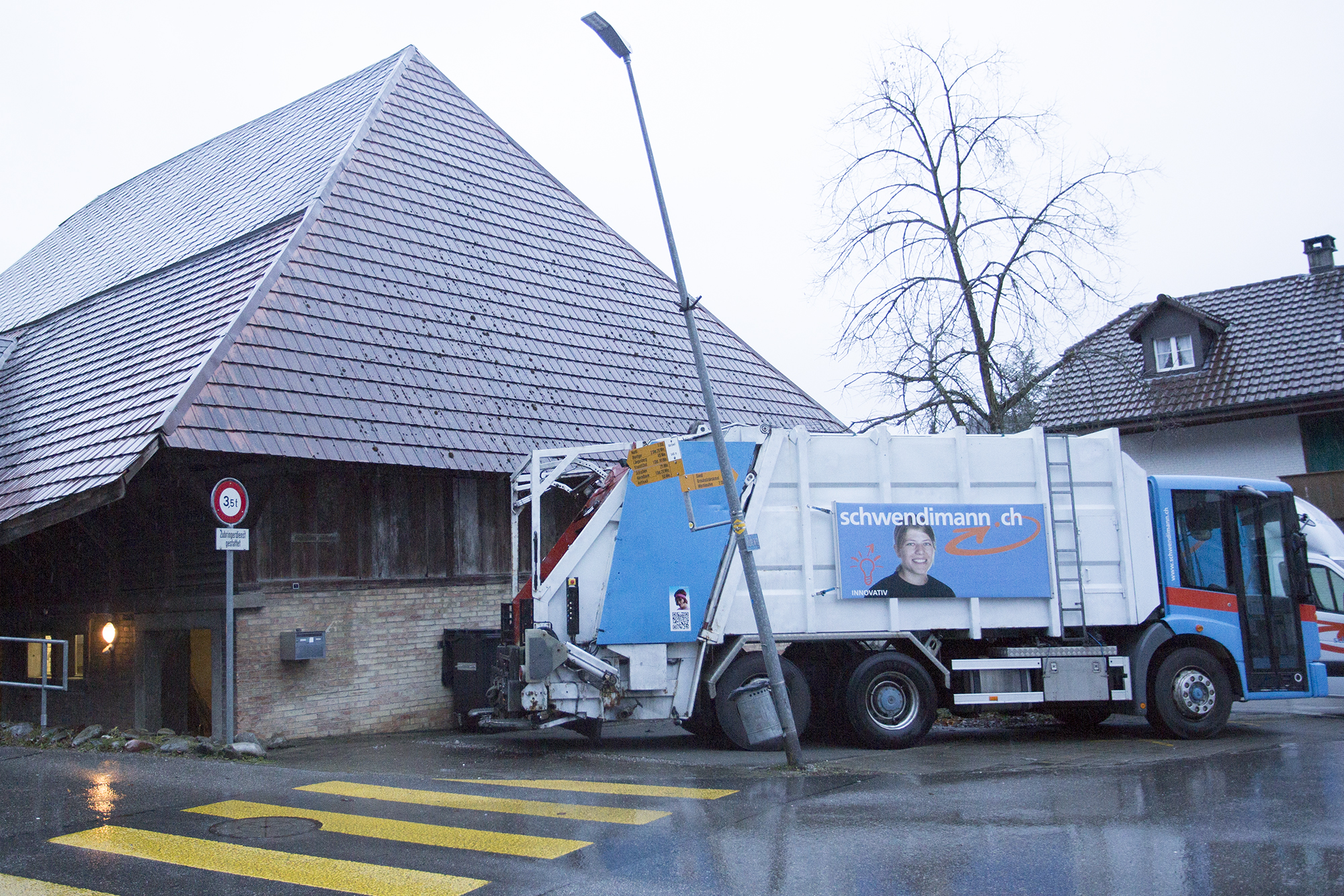 ES had lived there since 1989. Screamy The Cat, bless her ever food-begging soul, since 1996. DHH arrived first time in 2007, and also felt like he had been at Neumatt 1 in Bäriswil half a lifetime.

In January 2016 it was time to go. Screamy, bless her ever food-begging soul, had actually gone already in November. The Vet came by and let her do so in piece. A good bit sad, but her legs and her teeth were failing and her fur was coming off. She had, however, had a good 19 and a half years.

The weirdest thing was that the morning after her passing, the house was invaded by the first mouse who had set foot in there for two decades. Maybe it was Screamy’s ghost coming back to haunt us! The invader was smart enough to avoid our hastily installed mousetraps for three days running. Cubes of Emmentaler on the flap of the trap were picked off and eaten with ease. It was however outsmarted when we switched to peanut butter that needed to be licked off. That was the end of the house mouse, or the house ghost, whatever it was.

We however, ES and DHH, very much hope we will have a few more good years to come. After 40 years spent at various offices we decided that we wanted to spend the next few years with no ties to nowhere. In practical terms that means not only taking out our retirement pay, but also selling the house, packing our possessions in boxes, cramming our past into a 4 by 7 meter storage room and starting a life on the road.

Neumatt 1 is a beautiful Swiss farmhouse from 1650 or thereabouts. It is a once in a lifetime living experience that offers tons of space, planks and panels that were colored with age long before the French Revolution. It offers quirking noises from a huge attic and numerous places where you can bang your head into beams and doorframes that were never designed for tall Northerners of six feet plus.

You feel a bit empty inside when you take apart a home like that, but in the space of more than 350 years we will not have been the first ones to come and go. We sold it to people who will value it the same way we have done. Our house will have a good home also in the future, and so will Screamy’s ghost. We just hope for the sake of the new owners that her spirit will not materialise in the same shape too often!

When you own more beer than you are able to drink, then you also have to pack the beer!

A piece of decoration wondering what is about to happen to it. The answer is that it will spend five years in a dark box! 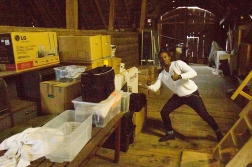 We hired Timo to do some hard labour in the attic. 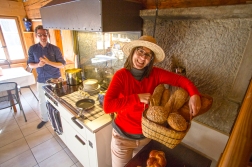 We hired Pico and Esther to help organize the farewell party. 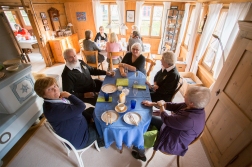 ES relaxing in our bedroom for the last time.

It is sad to leave the house, one needs a pillow to cry on. 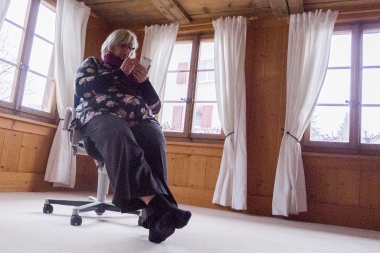 With some luck, the buyers pay us before they get around to checking the quality of our cleaning.

2 thoughts on “A Moving Experience”